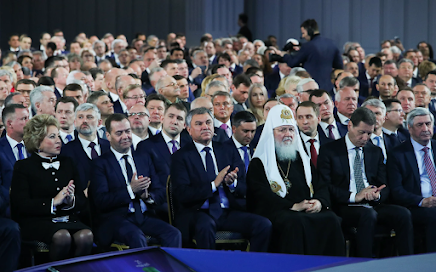 "...I will say that I am not evaluating the words of my sources from a moral point of view, but only recording what’s happening." - Farida Rustamova

Do read the whole thing, long as it is; it's very instructive, and shows how the West's social and economic sanctions and propaganda has galvanized Russia into a united body, from their government to their people, in an overwhelming majority of support for Putin's actions in Ukraine.

Nice work, Brandon, NATO, and EU.....NICE work <eye roll>.  The attempt to cover up the Brandon family's peccadillos in UKR by provoking Russia to burn the place down is A:  Not going to work, and B: Boomerang right back on John and Jane Q. Public, right here in the USA.

Further, the condemnation of actions of Russia by the the West for carrying out EXACTLY what the US threatened to do in 1962 during the Cuban Missile Crisis has only galvanized not only the Russian government, but its people.  Nutshell recap if you don't remember or didn't learn about it in your history class:  The USSR tries to establish Cuba as a 90 mile away from the US nuclear missile base; Kennedy tells them to take a hike or he will hit the button (great speech he gave, too).  USSR blinks and removes all traces of missiles and ships carrying missiles.  You could look it up. 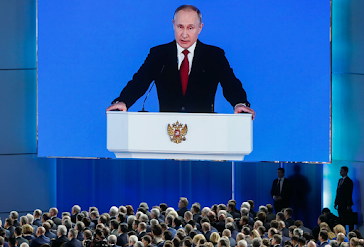 Some key snippets from the article:

First, the author places the Russian bottom line as the top line of the article - kind of lets you know where they're at right away, don't it?

"And then, when they [in the West] began to say that all Russians are bad, to boycott artists and athletes, everything changed. Now about 75 percent support the military operation."

“All these personal sanctions cement the elites. Everyone who was thinking about a new life understands that, for the next 10-15 years at least, their lives are concentrated in Russia, their children will study in Russia, their families will live in Russia. These people feel offended. They will not overthrow anyone, but will build their lives here," says a high-ranking source in one of the sanctioned state companies.

“They think we're dumb? We're not dumb. We're Russians. It’s nothing. Now we'll mobilize, we'll work. Wait until the chickens are counted in the fall, as they say,” says one of these people in the management of a sanctioned state company. DTG’s 2021 Updated 10 Week (If You’re Lucky) Plan                      to Prepare for the Worst-Case Scenario     It’s been about 13 or 14 years since I wrote this under my since retired ‘nom de guerre’, and commenting on a blog post recently, CA at Western Rifle Shooter’s Association asked me if I’d mind updating it.   This is a good base plan for folks you might know just waking up to the fact that things are spinning faster in the vortex than ever before, and this might be the best chance for them to get themselves in gear.   Feel free to add or take away as your situation and local area conditions may require.   Understand something, though:   You have a VERY small window; it may even be too late should something happen that accerlerates the current environment like a JATO (Jet Assisted Take Off) rocket on a C130.   So, if you’re just getting started, you need to act now, as in today.   Not next week.   Not in two weeks.   You may not HAVE two weeks. You may be thinking,
Read more
- 12/16/2021 12:38:00 PM